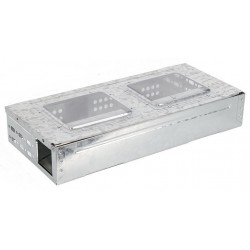 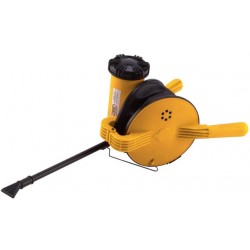 UNAVAILABLE FROM THE MANUFACTURER UNTIL ABOUT DECEMBER 2020. PLEASE CONSIDER VOLCANIC ROCK DUST AS AN ALTERNATIVE BELOW. Palagonite (soil support) is a natural basalt rock dust soil re-mineraliser. Provides macronutrients calcium, magnesium, phosphorous and minor potassium to the soil, as well as iron and plant available silica. Provides micronutrients and trace elements such as cobalt, zinc, copper, nickel, molybdenum, and selenium.

This product is currently out of stock

The Mt Sylvia 'Palagonite' is a natural soil conditioner that was created through a rare geological process that involved the interaction between water and hot flowing basalt lava. At Mt Sylvia, the water was from a freshwater body in which underlying diatomaceous earth had recently accumulated. The quenched lava formed rinds of volcanic glass that over time were devitrified to amorphous compounds and non-swelling smectite clay.

This process is called palagonisation and the chemical characteristics of the alteration products produced by this process are particularly exciting for their potential applications in agriculture, particularly horticulture.

HOT TIP FROM MANUFACTURER:  For best results the palagonite should be blended 50/50 with composted material or manure. See below for more on application rates.

WHY PALAGONITE IS SUPERIOR TO OTHER ROCK MINERAL DUSTS

When Mt Sylvia Diatomite Pty Ltd purchased the Diatomaceous Earth Mine at Mt Sylvia in November 2005 it recognised that it had to establish a quarry to extract the overburden altered basalt. The mining of the diatomaceous earth would become uneconomic without the approval of the quarry. The DA for the quarry was approved in 2007/2008 and the quarry has been operating since that time. It has been able to supply TMR Certified road bases by blending screened hard basalt with altered yellow/brown palagonite at particular ratios to create the specified product type. The creation of the quarry was to allow the economic mining of the diatomaceous earth. The realisation that the altered portion of the basalt which we now call palagonite is actually more beneficial to plants than normal blue metal crusher dusts has created a business opportunity that the company is now focussing on.

Basalt rock quarries in Australia normally produce aggregate products for road construction and repair. The crushing processes required to produce these products also produces a fine-grained by-product known as crusher dust or rock mineral dust. Quarry operators have been selling this crystalline material as a rock dust re-mineralizer aimed at farmers and in particular organic farmers, who do not use conventional chemical fertilisers (typical NPK products). The benefit of the crusher dust (or palagonite) is that it helps restore a broad spectrum of elemental nutrients to the soil.

Finely ground rock dusts and palagonite can also help to reduce compaction and improve water-holding capacity in soils; they also enhance the environment that aids the proliferation of beneficial soil microbes. This can be accelerated by the blending of fine rock dusts or palagonite with composted products that may include chicken, cow and other animal manures, green waste or mushroom compost. Bacteria and fungi are the well-known highways for the transport of minerals into the root systems of plants.

Mt Sylvia palagonite, provides the macronutrients calcium, magnesium, phosphorous and minor potassium to the soil, as well as iron and plant available silica. It also provides many other valuable micronutrients and trace elements such as cobalt, zinc, copper, nickel, molybdenum, and selenium. Many of these nutrients are important for human and animal health.

The largely amorphous composition of Mt Sylvia Palagonite, which also has a moderate smectite clay component, has resulted in a product that is both a supplier and retainer of plant available nutrients. The Cation Exchange Capacity (CEC) of a soil is a measure of its ability to retain both nutrients and water. It is closely related to fertility and is a measure of the number of exchangeable cations per dry weight that a soil is capable of holding at a given pH value and simultaneously be available for exchange in soil-water combinations. Normal quarry derived basalt dust has CEC values ranging from 4 to 14 meq/100g while Mt Sylvia Palagonite averages around 34 meq/100g. This mostly reflects the smectite clay component of the material. This smectite clay content also enhances the water holding capacity. In addition Mt Sylvia Palagonite has a good paramagnetic response (600-1300 c)

Palagonite has a similar water holding capacity to zeolite and this relates to the smectite content of the product. Palagonite has a substantial advantage over zeolite in the wide range of additional plant available macro and micronutrients it contains and it does not contain any quartz which in a powdered form is a known health hazard if inhaled. The dominant exchangeable cations in palagonite are calcium and magnesium with minor sodium and potassium. Natural Australian zeolites, on the other hand, have sodium as the dominant exchangeable cation. Palagonite, like zeolite, can act as a water moderator as it will absorb up to 50% of its weight in water and slowly release it to meet the requirements of the plant.

Palagonite contains plentiful amounts of plant available calcium and magnesium and although the levels do not compare with Ag lime and dolomite, the retention of the macro and micronutrients in acidic soils will over time lead to improvements in soil quality which would be unobtainable with liming alone. Repeated applications of Palagonite blended with composted organic matter should lead to long term improvements in the pH of the soil and overall improvement in soil health. Palagonite itself has a pH ranging from 8 to 8.5. Using Palagonite consequently provides a longer-term solution to soil acidification. A mixture of Palagonite and Ag lime can also be used where a more rapid pH adjustment is required.

Liming is the application of calcium and magnesium-rich carbonates and hydroxides (usually limestone and dolomite) to soils to neutralise soil acidity and increase the activity of soil bacteria. Ag Lime is ground calcium carbonate that reacts with acids thereby increasing the pH of the soil and returning it towards a neutral pH at 7. Soils with a low CEC will show a more marked pH increase than soils with a high CEC. The low CEC soils will, however, undergo more rapid leaching of the added bases, and so will undergo a more rapid return to original acidity and require more frequent addition of Ag lime. Over-liming can occur on soils with low CECs such as sandy loams that are lacking in buffering agents such as organic matter and clay. Another consequence of adding Ag lime is that for every tonne of lime that is neutralised by acid, 400 kilograms of carbon dioxide escapes into the atmosphere. This is not a desired outcome.

Application rates will vary but, when using Palagonite for the first time a generous application is normally recommended. Because the minerals in Palagonite will break down at a slower rate than with chemical fertilisers the aim is to create a reserve of the beneficial elements for the soil microbes and fungi to access as required. For the backyard vegetable gardener, the optimum rate to spread it is around 1 kilogram per square metre in conjunction with a comparable amount of compost or manure. For tree planting, you may consider higher rates of application. In an example of commercial organic farming practice, Anthony Bauer, (Bauers Organic Farms) has been applying the coarser fraction (-5mm Palagonite) in conjunction with composted chicken manure at 12 tonnes/ Ha. (6 tonnes of Palagonite and 6 tonnes of composted manure).