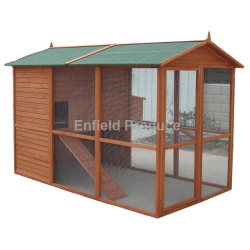 Can be used in a range of crops. Attracts both male and female fruit fly. No insecticides used, ecologically safe. Minimal attractiveness to beneficial insects. Easy Traps installation.

The CERA TRAP mass trapping system is an innovative, highly effective method to assist in the management of fruit fly infestations. CERA TRAP® is a liquid food based attractant based on a specific protein formula developed exclusively by Bioiberica who is a leading pharmaceutical company based in Spain. The CERA TRAP® liquid attractant produces emissions of volatile compounds, which have a high attractiveness to adult fruit flies, especially females. As the fruit flies are attracted to the trap, they ultimately drown in the Cera Trap liquid.

Mediterranean Fruit Fly: Ceratitis capitata, the Mediterranean fruit fly, or medfly for short, is a species of fruit fly capable of causing extensive damage to a wide range of fruit crops. It is native to the Mediterranean area, but has spread invasively to many parts of the world, including Australasia and North and South America. Adult medflies lay their eggs under the skins of fruit, particularly where the skin is already broken. The eggs hatch within three days, and the larvae develop inside the fruit. The adults have a limited ability to disperse, but the global fruit trade can transport infected fruit over thousands of miles.